(And yes I just made that up. Who invented National Funny Socks Day? 🤔😬 Exactly!)

Here are some of my most influential influencers, not only from the literary realm but music and film as well.

For their music but especially for Matt Berninger’s poetry that accompanies it. 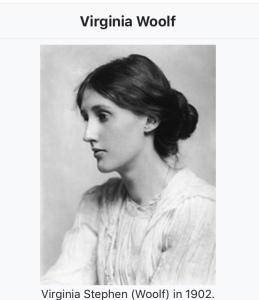 For her daring labyrinthine language and vulnerable storytelling.

Who is me and I am him. He is the merging of poetry, novel, novella, memoir, and short story into one exceptional artistic language.

Who teeters the cemetery wall between reality and imagination like a stoned kid on his way home from school.

Who is so much of what I want to be with poetry’s symbols and real-life evocations.

Cinematic poetry in which you can smell the places he takes us and feel the blood push through his character’s arms.

Who reminds me that something must happen in one’s stories in such subtle and maddening ways that we both love and hate life equally.

Daring, emotional, complex, and experiential as well as experimental. His music’s residue stays on you like lilacs.

Nick Cave and the Bad Seeds

Since I was a kid, I've been writing everything from flash to poetry to books--and now, articles on literature and the things that help create it. View all posts by literatureadjacent77